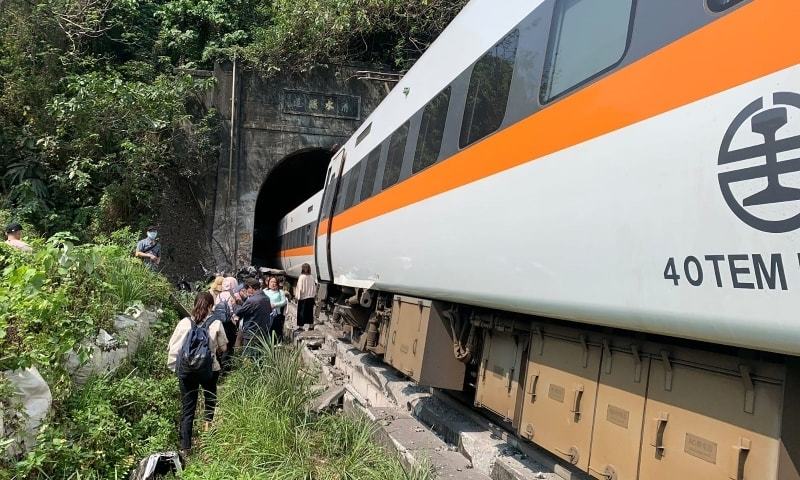 Train crash kills 48 in Taiwan’s deadliest rail tragedy for decades
A Taiwan express train with almost 500 aboard derailed in a tunnel on Friday, killing at least 48 passengers and

Futurism was an art movement launched by the Italian poet Filippo Tommaso Marinetti in 1909. On 20 February he published his Manifesto of Futurism on the front page of the Paris newspaper Le Figaro. That moment saw the birth of the Futurists, a small group of radical Italian artists working just before the outbreak of the First World War.

Among modernist movements, the Futurists rejected anything old and looked towards a new Italy. This was partly because the weight of past culture in Italy was felt as particularly oppressive. In his Manifesto, Marinetti asserted ‘we will free Italy from her innumerable museums which cover her like countless cemeteries.’

What the Futurists proposed instead was an art that celebrated the modern world of industry and technology: ‘We declare … a new beauty, the beauty of speed. A racing motor car … is more beautiful than the Victory of Samothrace‘ (the celebrated ancient Greek sculpture in the Louvre museum in Paris). From an original blend of elements of Neo-Impressionism and Cubism, the Futurists created a new style that expressed the idea of the dynamism, energy and movement of modern life. The chief artists were Giacomo Balla, Umberto Boccioni, Carlo Carrà, Gino Severini and Luigi Russolo.

Tate Modern celebrates the centenary of this dramatic art movement with a ground-breaking exhibition. Here you’ll see the work of the Futurists accompanied by rooms looking at art movements reacting to Futurism, including Cubism, the British art movement Vorticism, and Russian Cubo-Futurism.

Highlights include Boccioni’s dynamic bronze sculpture of a man which seems to leap through thin air, Picasso’s Head of a Woman, Nevinson’s Vorticist masterpiece Bursting Shell, and works by major artists such as Braque, Leger, Malevich, and Duchamp.