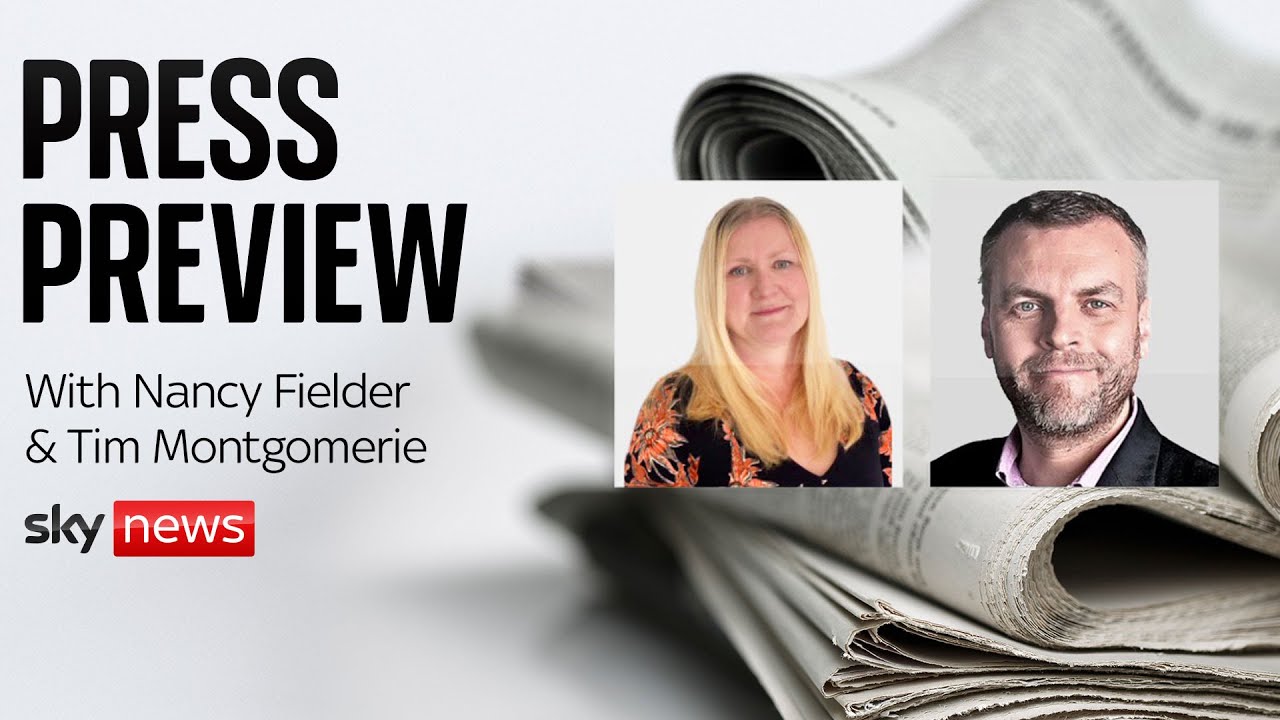 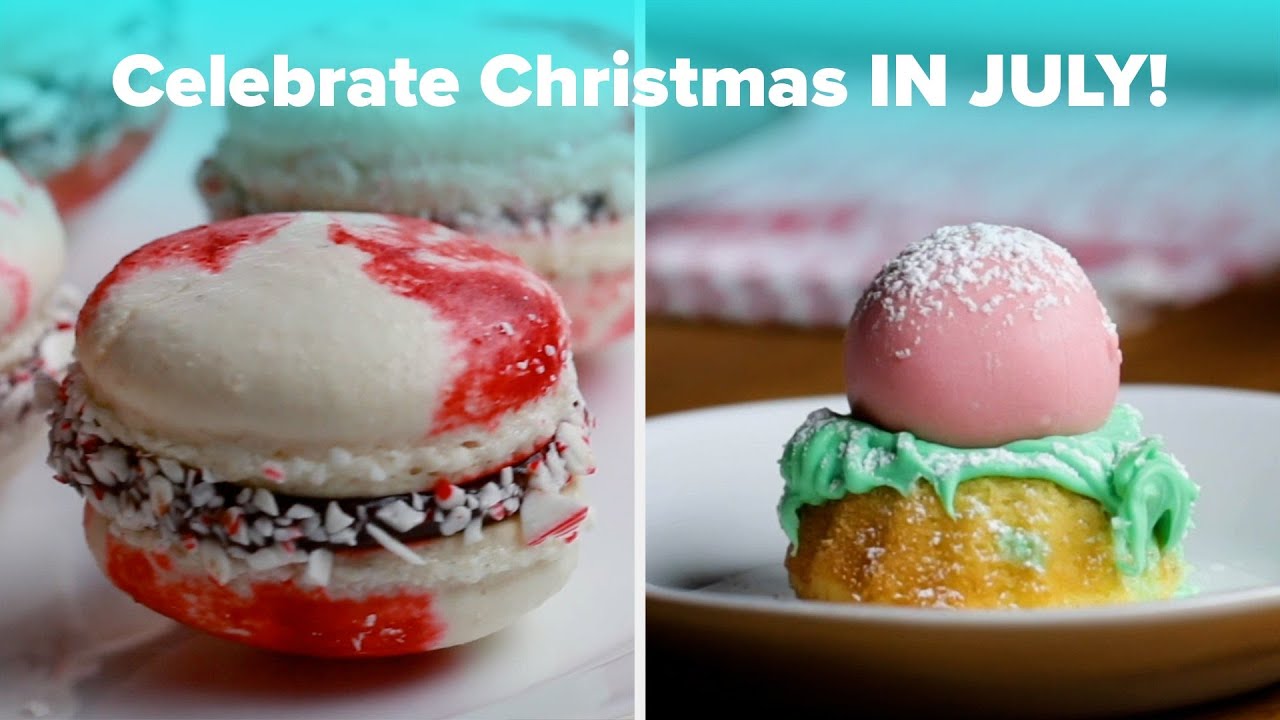 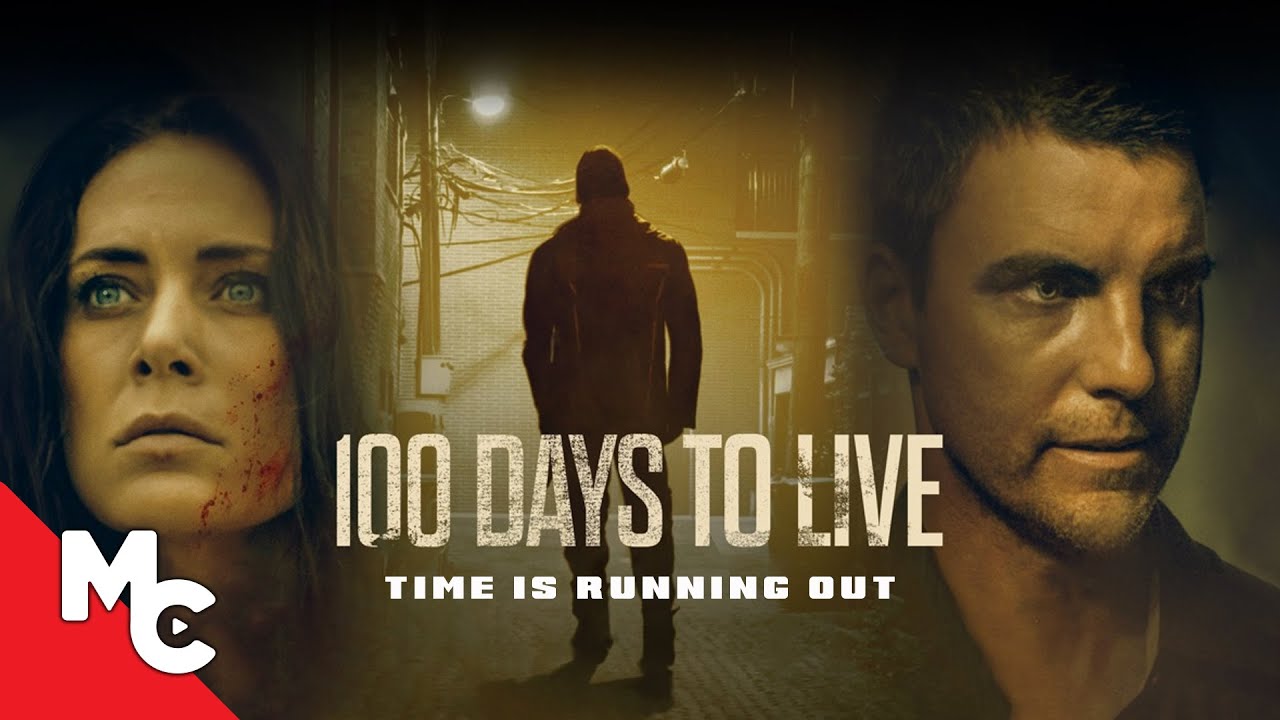 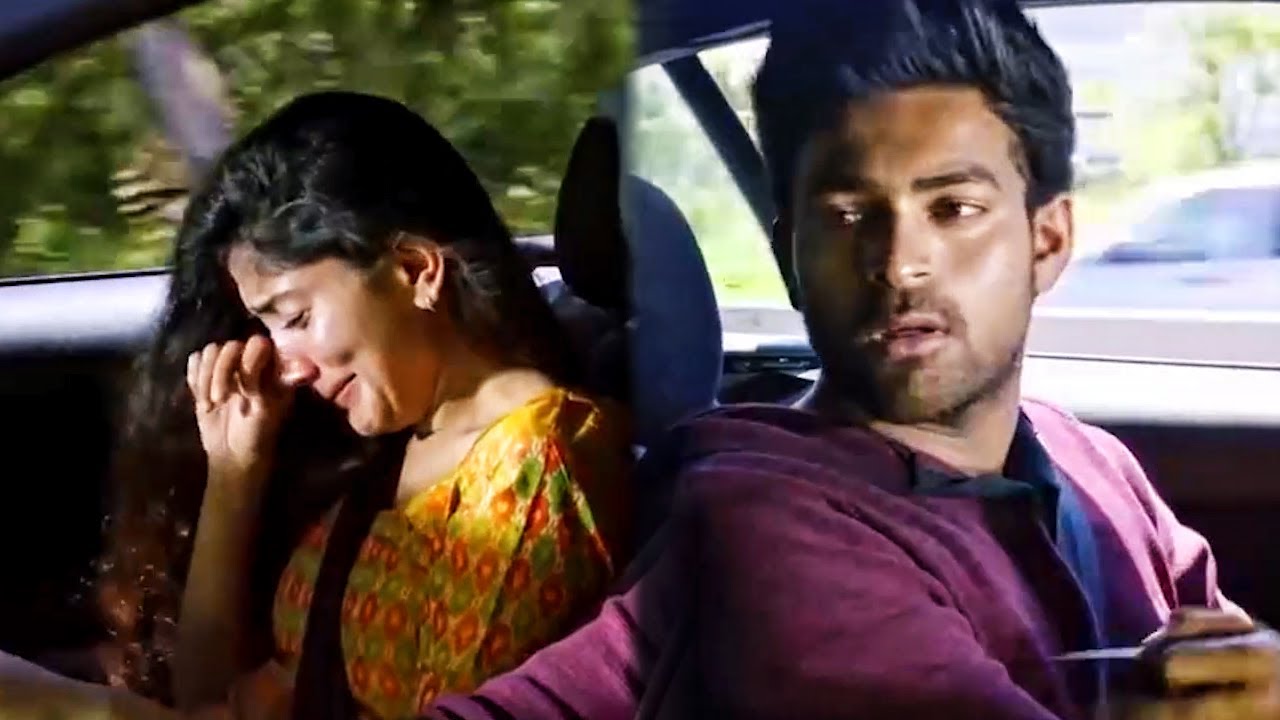 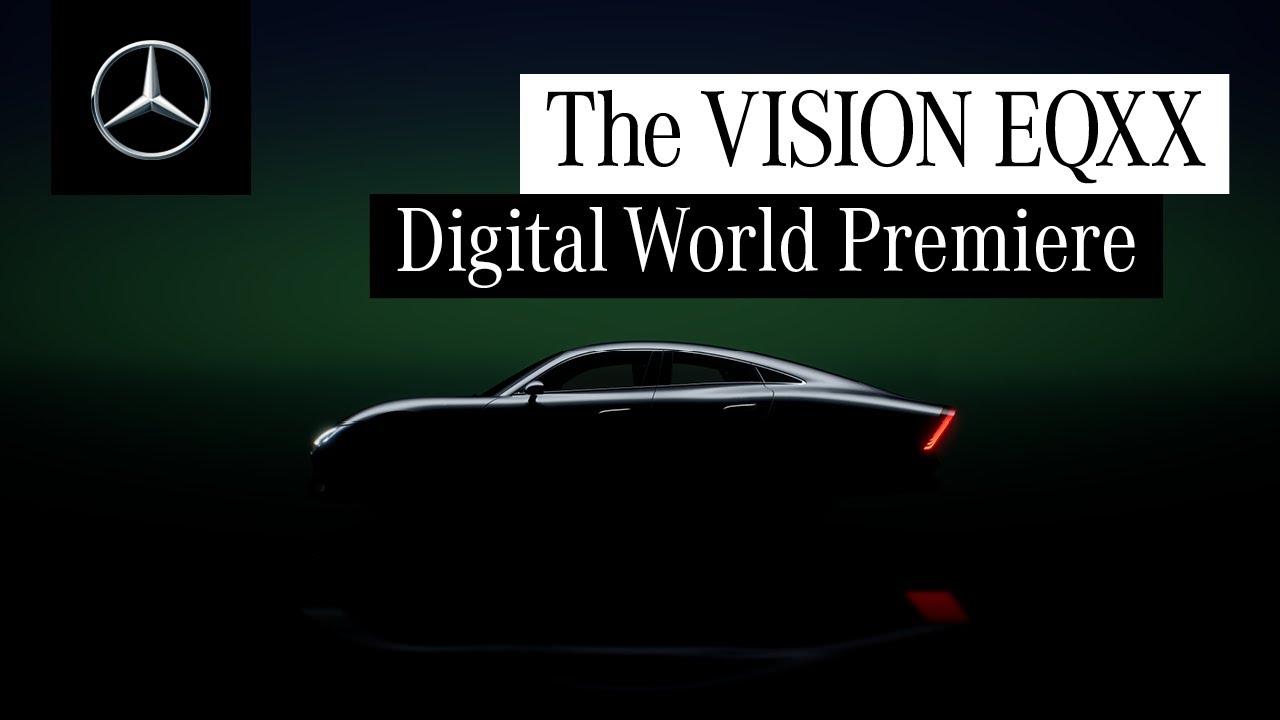 Angelina Jolie is one of Hollywood’s leading actresses, known for movies like ‘Girl, Interrupted,’ ‘Salt’ and ‘Maleficent,’ and for high-profile relationships like her former marriage to actor Brad Pitt.

Who Is Angelina Jolie?

Born in Los Angeles, California, on June 4, 1975, Angelina Jolie starred in the HBO biopic Gia before earning a best supporting actress Academy Award for Girl, Interrupted. Jolie became one of Hollywood’s marquee names, with starring roles in movies like Wanted, Mr. and Mrs. Smith, Salt and Changeling. She later had a huge international blockbuster with Disney’s Maleficent, which spawned a sequel. Jolie also directed the films In the Land of Blood and Honey, Unbroken and By the Sea, in which she co-starred with then-husband Brad Pitt.

In the 1990s, Angelina Jolie became a popular actress. She gave a star-making performance in the 1998 television film Gia, based on the short, tragic life of model Gia Marie Carangi, for which she won a best actress Golden Globe. Her rapid ascent continued with Girl, Interrupted (1999), as the rebellious member of a group of institutionalized teenagers, her performance resulting in an Academy Award win for best supporting actress.

In the new millennium Jolie continued to take on a variety of interesting roles. She portrayed adventurer Lara Croft in the Tomb Raider films (2001 and 2003), a FBI profiler in Taking Lives (2004) and a squadron commander in Sky Captain and the World of Tomorrow (2004).

After teaming with Brad Pitt to play married assassins in the sexy action flick Mr. and Mrs. Smith (2005), Jolie played a neglected, troubled socialite wife in The Good Shepherd (2006) and then a vengeful, monstrous mother in an adaptation of Beowulf (2007). That year she also gave a brilliant performance as Mariane Pearl, the pregnant widow of Wall Street Journal reporter Danny Pearl, in A Mighty Heart. The film was based on Mariane’s account of her husband’s abduction and murder.

In 2008, Jolie joined the voice cast of the animated comedy Kung Fu Panda as Master Tigress, a role she later reprised for multiple sequels. That year she also portrayed an assassin in Wanted and starred in the Clint Eastwood-directed thriller Changeling, as a mother who investigates her son’s unusual disappearance and reappearance. The role led to her first Oscar nomination in the best actress category. Jolie went on to earn the lead role in the action-packed Salt (2010), about a CIA agent, Evelyn Salt, who is on the run after being accused of being a Russian spy. That same year, she played the mysterious Elise Clifton-Ward in the espionage flick The Tourist, alongside Johnny Depp.

In 2014, the actress enjoyed the rewards of shaping a major blockbuster, both starring in and executive producing Disney’s Maleficent. Jolie portrayed the sorceress title character, with the film taking on a woman-centered revisionist approach to the main villain from the animated classic Sleeping Beauty (1959). With U.S. critics divided on the Maleficent‘s merits, the project nonetheless worked box office magic, earning around $240 million domestically and an additional $517 million overseas. The sequel, Maleficent: Mistress of Evil, hit theaters in October 2019.

Director: ‘In the Land of Blood and Honey,’ ‘Unbroken’

Jolie also began honing her craft as a director. She made her feature-length directorial debut with 2011’s In the Land of Blood and Honey, looking at a relationship horribly damaged by the Bosnian War. This was followed by 2014’s Unbroken, a biopic that told the story of Olympian Louis Zamperini‘s survival in a Japanese POW camp. The film was based on the bestselling Laura Hillenbrand book of the same name and earned more than $163 million worldwide.

‘By the Sea,’ ‘First They Killed My Father’

In 2016, Jolie directed and co-starred with Pitt in the art film By the Sea, a slowly-paced Mediterranean tale set in the 1970s about a married couple and the tensions of their relationship. The following year, she focused strictly on directing for First They Killed My Father, based on a Cambodian activist’s memoir of being trained as a child soldier.

Actress Angelina Jolie arrives at the premiere of Fox Searchlight Pictures’ ‘The Tree of Life’ at the Bing Theatre at the Los Angeles County Museum of Art on May 24, 2011 in Los Angeles, California. (Photo: Jason Merritt/Getty Images)

Jolie met Pitt during the making of Mr. and Mrs. Smith in 2004. At the time, Pitt was married to Friends star Jennifer Aniston, and his affair with Jolie prompted their divorce, resulting in a Hollywood scandal that dominated tabloids for years. Referred to as “Brangelina,” Jolie and Pitt became one of the most sought after Hollywood couples.

In 2002, Jolie adopted a son from Cambodia and named him Maddox. Three years later, she adopted a daughter, Zahara. In 2005, Pitt filed paperwork to adopt both of Jolie’s children. The couple’s first biological daughter, Shiloh, was born in Namibia in 2006. Jolie, Pitt and their children had traveled there to avoid the media frenzy that seemed to follow them wherever they went.

In March 2007, Angelina Jolie added a new member to her family. She adopted a 3-year-old boy from a Vietnamese orphanage and named him Pax Thien. Jolie then gave birth to twins, Knox Leon and Vivienne Marcheline, on July 12, 2008, in a seaside hospital in southern France. The rights for the first images of the twins were sold to People and Hello! magazines for $14 million—making them the most expensive celebrity pictures ever taken.

Pitt and Jolie became engaged in 2012. Slipping under the paparazzi radar, they quietly tied the knot in a private ceremony surrounded by their family and friends on August 23, 2014, in France.

In September 2016, Jolie filed for divorce from Pitt and requested sole physical custody of their six children, sparking another tabloid frenzy. Their contentious custody battle played out publicly with allegations that Pitt, after drinking on their private plane, had gotten “verbally abusive“ and “physical“ with Maddox. The Los Angeles Department of Children and Family Services and the FBI launched an investigation but found no signs of abuse; the couple followed with a joint statement that they were working together to resolve their divorce.

Jolie opened up about their separation in a September 2017 cover story in Vanity Fair. In the interview, she said by the summer of 2016, “things became difficult” in their marriage, but she defended their life together. “[Our lifestyle] was not in any way a negative,” she told the magazine. “That was not the problem. That is and will remain one of the wonderful opportunities we are able to give our children. … They’re six very strong-minded, thoughtful, worldly individuals. I’m very proud of them.”

In March 2018, Entertainment Tonight reported that the actress and humanitarian was quietly dating a “handsome, older-looking man who is a real estate agent,“ though the relationship was not believed to be serious by that point.

A few months later, it was revealed that Jolie was in danger of losing primary custody of her six children after preventing them from seeing Pitt during their ongoing divorce. According to court documents, the judge in their case declared the kids’ lack of a healthy relationship with their father “harmful,” and threatened to award Pitt primary custody if things didn’t change. The judge suggested some steps the estranged couple could take, including providing Pitt with the cell phone number of each child, and outlined a summer visitation schedule to follow with Jolie in London to film Maleficent 2.

In August, Jolie’s legal team filed court documents that claimed her estranged husband had “paid no meaningful child support since separation,” an accusation that Pitt’s side disputed.

A devoted humanitarian, Angelina Jolie was made a Goodwill Ambassador for the UN Refugee Agency in 2001. She has made headlines for her work to obtain aid for refugees in Cambodia, Darfur and Jordan, to name just a few.

In 2005, Jolie received the Global Humanitarian Action Award from the United Nations Association of the USA for her activism on behalf of refugee rights. She has continued to draw attention to global issues.

Jolie experienced a great personal loss in early 2007, when her mother died of ovarian cancer at the age of 56 after fighting the disease for many years. Her grandmother also died from cancer.

In May 2013, 37-year-old Jolie announced in a New York Times op-ed article titled “My Medical Choice” that she underwent a double mastectomy in an effort to prevent breast cancer in the future. The actress said she decided to undergo the surgery after learning that she carries a gene known as BRCA1, which increases the risk of both breast and ovarian cancer.

“My doctors estimated that I had an 87 percent risk of breast cancer and a 50 percent risk of ovarian cancer, although the risk is different in the case of each woman,” Jolie stated. “Once I knew that this was my reality, I decided to be proactive and to minimize the risk as much I could.” By late April 2013, Jolie added, she had completed several months of medical procedures, including a double mastectomy and reconstruction surgery.

On March 24, 2015, Jolie wrote in another article in the New York Times that she had her ovaries and fallopian tubes removed the previous week to further reduce her risk for cancer. “I did not do this solely because I carry the BRCA1 gene mutation, and I want other women to hear this,” Jolie wrote. “A positive BRCA test does not mean a leap to surgery. I have spoken to many doctors, surgeons and naturopaths. There are other options. Some women take birth control pills or rely on alternative medicines combined with frequent checks. There is more than one way to deal with any health issue. The most important thing is to learn about the options and choose what is right for you personally.”

The actress said she went public with her decision to help “other women at risk to know about the options.” In her September 2017 interview with Vanity Fair, Jolie revealed that she had developed Bell’s palsy, damage to the facial nerve which caused one side of her face to droop. She said acupuncture helped her fully recover from the facial paralysis.